Every year for more than 30 years, the Cabourg Film Festival Association has organized, in partnership with the city of Cabourg, its own film festival — one of the most recognized in all of France — and welcomes a following audience romantic movies. A look back at the creation of the event, its various highlights and what made it famous.

For several days, and this on an annual basis since 1983, Cabourg vibrates to the rhythm of cinema. On the program of the Cabourg Film Festival, created by Gonzague Saint Bris: a dozen feature films and short films, screened indoors or outdoors. Just like other events dedicated to the 7e art, the festival revolves around several selections.

But also: The world in turmoil, which highlights documentaries, For the love of music, which highlights films where the (romantic) music plays a prominent role, and Cine Swann, dedicated to the romantic winners of the year.

For five days, conferences, debates and encounters punctuate the Cabourg Film Festival. Enough to give as much to see as to hear to cinema aficionados.

Several juries get their hands dirty to reward their favorites during the closing ceremony of the Cabourg Film Festival: two juries made up of professionals, a jury formed by high school students from Normandy, and finally the spectators. It is in parallel with this event that the Festival's Swann d'Or committee meets and is entrusted with the difficult task of choosing its favorite works and artists, to reward them with a Swann d'Or. Thus, a film, an actor, an actress, a director or a director and two revelations (female and male) have at each edition the chance to walk away with a prestigious prize.

Among those who have already been crowned in the past, we find, among others of course:

What about red carpets? Always very chic, it goes without saying

If the nominees are in the spotlight, the jury (composed in 2021 by, among others, Alice Belaïdi, Vahina Giocante and Fatou N'Diaye, and chaired by Régis Wargnier) does not fail to steal the show from them. Although different each year, it has been able to impose an assertive style, with a touch of romanticism, since the creation of the Cabourg Film Festival. Together they tread the red carpet not without emotion, gathered around a common passion: that of cinema.

On the film side, unique works are rewarded each year. In 2012 it was From rouille et d'os, directed by Jacques Audiard. In 2018, it was the turn of Mektoub my love: canto uno, by Abdellatif Kechiche. In 2021, it is The things we say, the things we do, by Emmanuel Mouret. A film celebrated in several categories: that of the best director, but also that of the best actress (a prize awarded to Émilie Dequenne) and that of the best female revelation (a prize awarded to Jenna Thiam). The director had already won the Grail in 2015 with C. 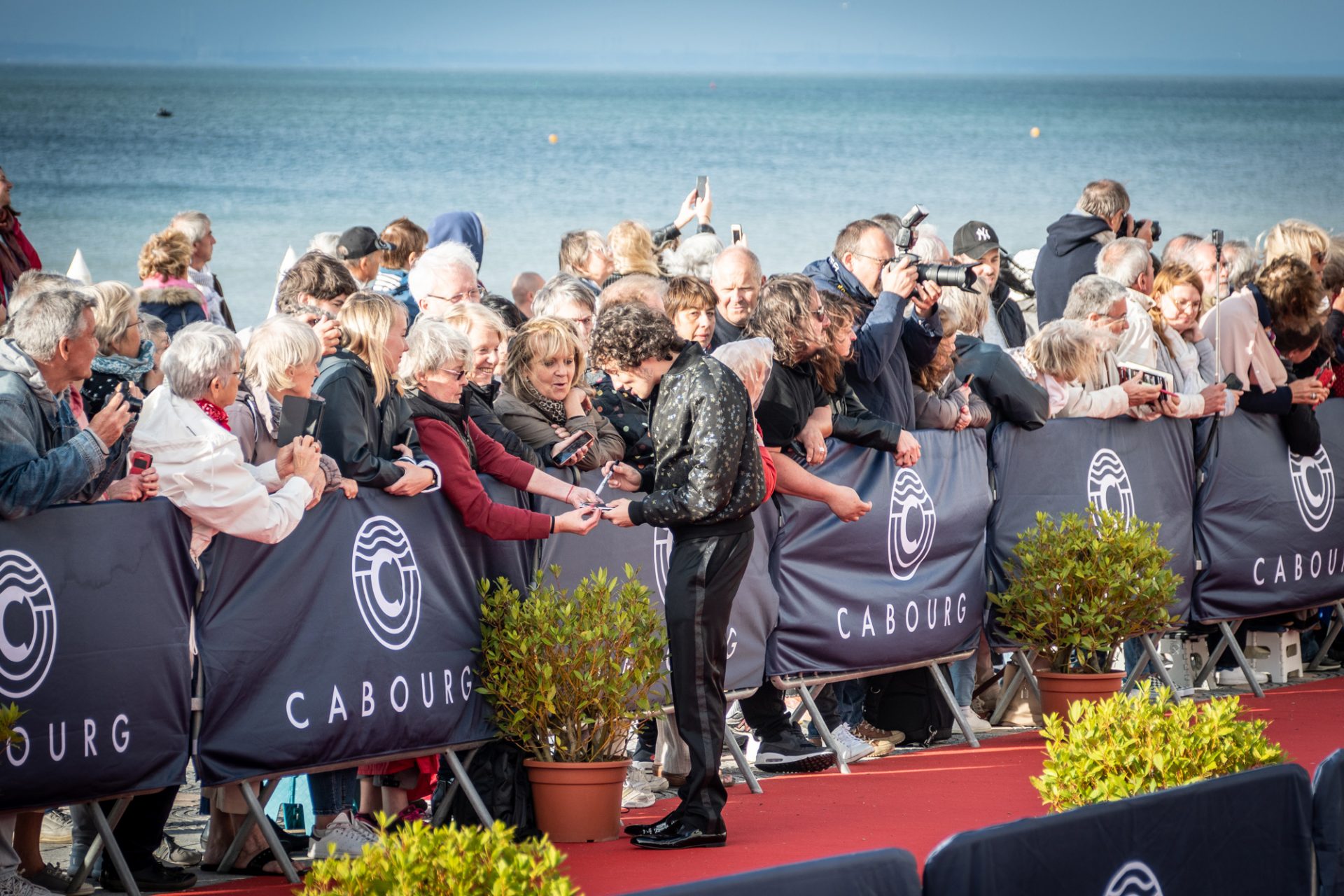 On the public side, hardcore fans have the chance to see their idols up close as they parade on the red carpet, along the Grand Hotel, under the crackle of flashes and calls from the paparazzi. Cinema lovers can indulge their passion for the 7rd art by buying the precious tickets allowing them to attend the screening of many films during the festival.

Onward to the younger generation!

Because it is essential to support those who have just entered the world of cinema, as well as future actors in the industry, the Cabourg Film Festival makes it a point of honor to highlight them. Awards that have obvious weight for the rest of their careers, as explained by Suzel Pietri, general manager of the festival:

I am very proud to claim that it is here that François Ozon, Emmanuelle Bercot, Catherine Corsini, Xavier Dolan and others had their first place at the festival. But also young actors; here again the list is long of those who were rewarded for the first time in Cabourg. […] Cabourg is somewhat the cradle of these actors and they have not forgotten us, like Marion Cotillard who returned 15 years later to preside over the jury. They remained faithful to Cabourg

Shiny outside, cult inside: the Swann d'Or

A trophy awarded to actors during the festival, the Swann d'Or represents two swans hugging each other, ready to fly away, gracefully forming a heart. It is to the Monnaie de Paris that the heavy task of making this romantic creation is entrusted. Usually responsible for minting coins, the French institution is increasingly anchored in culture and the artistic field, supporting many companies and events – such as the Cabourg Film Festival. All this while preserving a high tradition of arts and crafts related to metal: precise gestures, meticulous and long-term work, which can be discovered in images, thanks to a video posted on the Facebook account of the Monnaie de Paris. Enough to awaken all your senses, one after the other.

Did you know that a giant Swann d'Or sits in front of the Grand Hôtel de Cabourg, in the Casino Gardens?

We are a romantic film festival where the human dimension is essential, and where the works that are presented must be welcomed by a generous, open and enthusiastic jury […] Artistic transversality is very important to maintain a form of openness. I feed on human and artistic encounters throughout the year in the four corners of the world and sometimes right next to my home.

This is how Suzel Pietri confided, always to Forbes magazine.

The kick-off of the next edition is launched. A date to plan, already, in your diary.

discover the program of the 2022 edition

Where to sleep during the festival? Where to find restaurants in Cabourg? Here are some pages that could help you prepare for your visit to make the most of your stay! 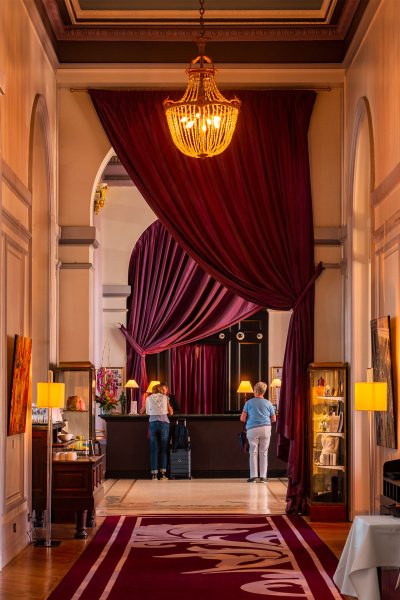 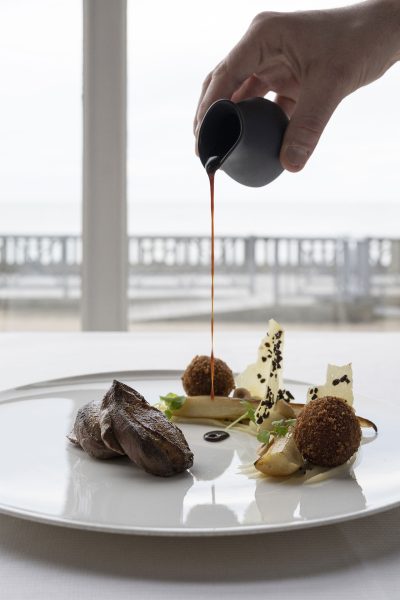 We hear in the headset that yes. As happy news never comes alone, here is something to delight your eyes and make your heart vibrate! 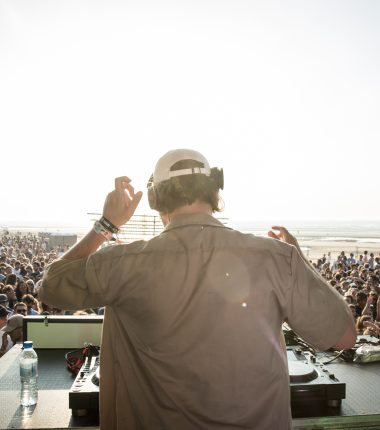 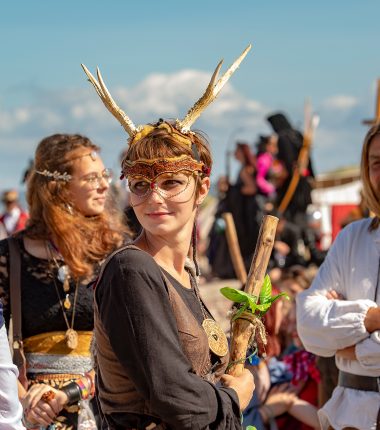 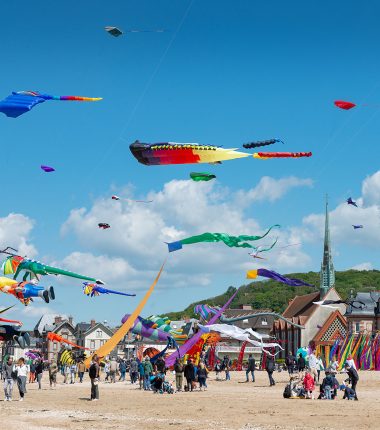