Norman heritage goes through history, the small and the great; those who participated in training cultural identity of our territory. But that's not all, other imprints, depending on the doctor, science and culinary traditions, forged our Normandy. Heading towards a heritage rich in meaning, with multiple influences.

En Normandy, several monuments refer to the epic of William the Conqueror who started from Dives-sur-Mer with his fleet heading for England. Its goal ? To recover the crown which was promised to him. the art village eponymous which is a former post house built in the XNUMXthe in a hostel is a real postcard of the Normandy of yesteryear in the heart of Dives-sur-Mer.

La Belle Epoque, another emblematic period of the region. Cabourg et Houlgate have inherited its architectural specificities. At the turn of the streets and alleys, you will be transported by the beauty of the villas and the memory ofBelle Epoque atmosphere. Stroll by the sea, observe the details of the superb buildings and let yourself be carried away by another time.

The remains of the landing

Another legacy: that of the Second World War. On our territory, the scars and vestiges of the landing are fragments of history that remind us of the events that took place during the Battle of Normandy.
From blockhouses to remembrance tourism, many places such as the Pegasus Memorial and military cemetery of Ranville or the the Merville Battery remember the bravery and sacrifice of these war heroes.

Our Norman heritage is not defined solely by our history. The arts and sciences have also contributed to forging our identity and our way of life.

Between culinary and literary art

What would Normandy be without the inherited recipes of our grandmothers? A stay in Normandy, it's an opportunity to taste the sweetness and art of living in Normandy by testing the typical dishes, in our farms et restaurants who produce and work the local products.

On the stairs, teurgoule, had to, cider, cheese and other Norman specialties will make your taste buds salivate. If you're good, maybe someone will whisper in your ear a few trade secrets. You will thus be able to pass on a pinch of this Norman heritage.

If you like the literature, this anecdote should interest you: between 1907 and 1914, Marcel Proust stayed every summer at Cabourg.

In the seaside resort, nods to the memory of Marcel Proust are scattered everywhere. There is a promenade but also a bedroom, Grand Hotel, which bear his name. A statue in his effigy sits in front of the Villa du Temps retrouvé and old manuscripts of the writer are visible inside.

Science at the service of art

On the other side of theestuary of the Dives, Houlgate, Roland Garros Promenade will lead you in front of a magnificent panorama by the sea. If this walk bears this name, it is indeed in homage to Roland Garros and his feat of 1912: reaching an altitude of 4 meters aboard a Blériot XI-960!

But the aviator is not the only one to have been inspired by the Pearl of the Côte Fleurie. The Lumiere brothers, who lived on rue Beaumier in the villa Les Lucioles, also left a memorable mark in this city. It is certainly no coincidence that many films are filmed nowadays in our sweet region. Keep your eyes open, you may come across Claude Lelouch or Sandrine Bonnaire who have also fallen in love with Normandy. 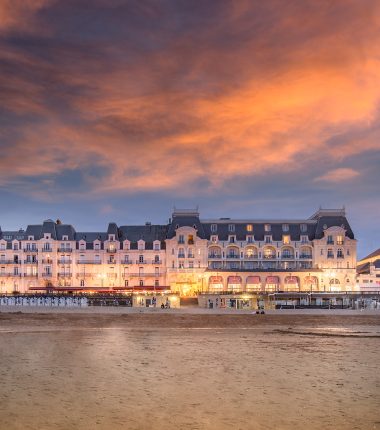 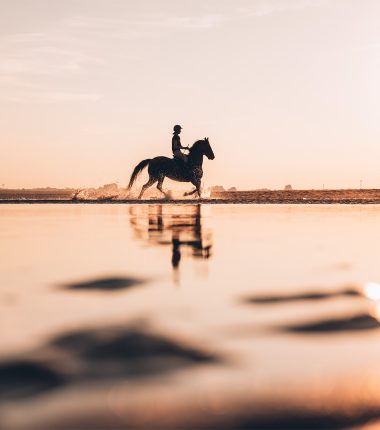 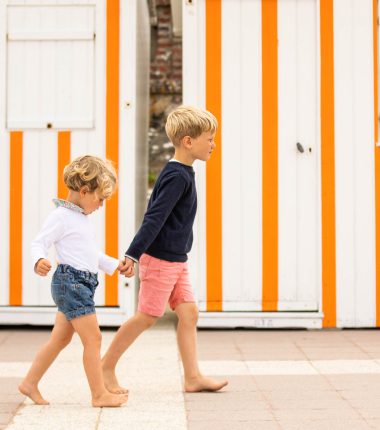 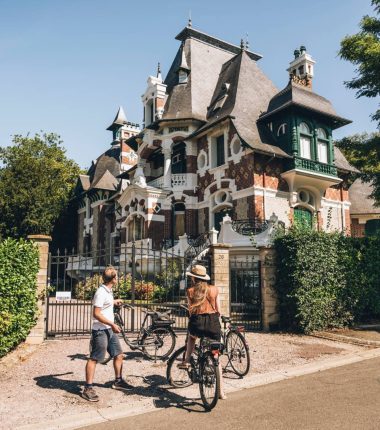 Between Norman architecture and Belle Époque